Apply for this position Back to job

Corporations are one of the greatest forms of human coordination ever invented. The best companies of our time live and thrive because of the internet. Personal computing and the web removed physical barriers and created incredible network effects.

But though companies produce internet-native products, their organizational structure is stuck in the past. Game-changing companies run on legacy systems built during an era that relied on letters and handshakes, not software.

Thus, Firm is upgrading the corporation to the internet age. We’re using smart contracts to build technical and legal infrastructure to create and operate internet-native companies.

To make this happen, we are building an elite team. People who hold each other accountable, who believe in working hard and the value of spending a meaningful amount of time working together in person.

Firm has been running on Firm from day one. We believe this is the best way to run an internet-native company, and so is how we run ours.

This is an incredible opportunity to be part of a founding engineering team, to own and build out a product, and make a direct impact on the company’s growth. Firm’s protocol will be responsible for securing billions of dollars in the next few years, a solid protocol built using all the best practices is paramount for our success.

As a Lead EVM engineer, you will own the development of the protocol from architecture to deployment. You will conduct tests and internal audits, with the projection to lead a team of engineers.

For this role, we’re looking for someone senior or more experience.

About the hiring process

We’ll talk a lot. We’ll talk about things you’ve previously worked on and things you’re passionate about. We’ll also meet in person and work together to confirm our fit – you’ll get paid as a contractor for this.

Apply for this position Back to job

Your application has been successfully submitted. 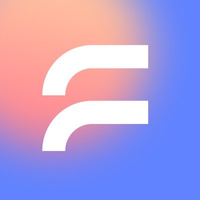 Firm is upgrading the corporation to the internet age